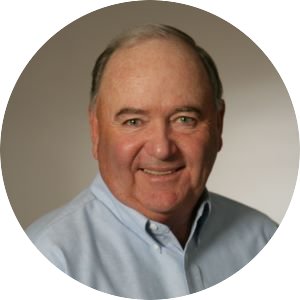 David L. Rabas was named superintendent in April 1991. In 1992 the title of the position was changed from "Superintendent" to "Head" of the North Central Experiment Station. Dr. Rabas had been agronomist at the Station since 1971 and was well known for his research and extension work with field crops, especially forages. A native of northeastern Wisconsin, he has a B.S. degree from the University of Wisconsin River Falls and M.S. and Ph.D. degrees in agronomy from the University of Minnesota.

Dr. Rabas became superintendent at a time when the University and Station were experiencing cuts in their budgets by the State Legislature. A greater reliance on research grants became necessary in order to continue quality research programs. Some changes in the direction of research at the Station occurred during this period with the phasing out of the dairy and swine herds, the expansion of the beef herd, and concentration of efforts on beef and forage research.

Research and outreach on agricultural and forest management practices that provide greater sustainability became a major part of the Station's mission as it developed into an area center for excellence in research and education which was responsive to issues related to rural community development.

Dr. Rabas resigned as Head in 2004 and returned to his agronomy appointment until his retirement a year later in 2005. He remains a resident of Grand Rapids and continues to provide guidance and seeks to both maintain relationships with established interested parties and to develop new relationships that will enhance NCROC.