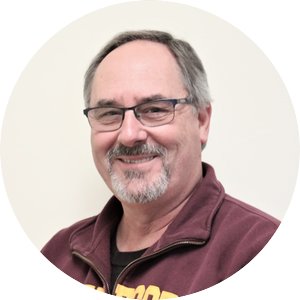 Vincent A. Fritz, Ph.D, was named Director at NCROC in April 2013 and assumed his new duties later in June.  Fritz came to the University of Minnesota from Michigan in July 1985 as an Assistant Professor and Extension Vegetable Specialist and was stationed at the Southern Research and Outreach Center located in Waseca where he also served as interim Head from 2000-2001.  He is currently a steering committee member of the Minnesota Chemoprevention Consortium, advisory committee member of the Minnesota Invasive Terrestrial Plants and Pests Center (MITPPC), and previously served on the advisory committee of the Healthy Foods, Healthy Lives Institute.  He received his degrees from Michigan State University – BS Entomology (1978), MS Horticulture (1982), and Ph.D. Horticulture (1985).

While Fritz has been focused on strengthening operational capacity through improved production efficiencies and infrastructural investments, he has been a key leader in broadening NCROC’s community/stakeholder outreach program and impact by redefining its signature annual outreach event, Visitors Day.  He has also engaged internal partners (MITPPC and Bell Museum of Natural History) to facilitate their impact in northern Minnesota through joint programming.